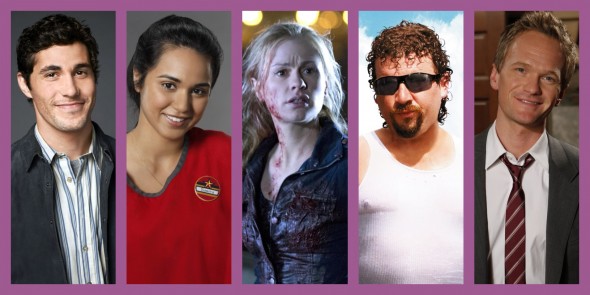 I have never seen one episode from the below list of the 2013 canceled television shows. I'm probably not the only one, which explains why they were canceled (no viewers). It really begs the question if the networks have any idea what their targeted demographic is interested in watching. Body of Proof, for example, in the advertisements the main character seemed a bit over the hill and burned out. Who was the targeted audience for that show?

I do watch a lot of television shows including: Law and Order: SVU, Castle, General Hospital, Dance Moms, and Army Wives. It was very surprising that Army Wives wasn't on this list after all the changes that have occurred and the new cast members that were added.

On a more positive note, the two canceled ABC soap operas, One Life to Live and All My Children, returned online recently thanks to Prospect Park for their loyal fans to watch on Hulu. Also, Castle was renewed on ABC, which for a while it was a bit unsure that it would actually be renewed for another season.

NBC by far has the most canceled television shows on this list. Maybe they will be more careful with their 2013 Fall line-up and pick up some shows that are really great this time around.

Up All Night (NBC)

More By This Author

One Life to Live Goes on Indefinite Hiatus: Cancellation Possible Again in 2013